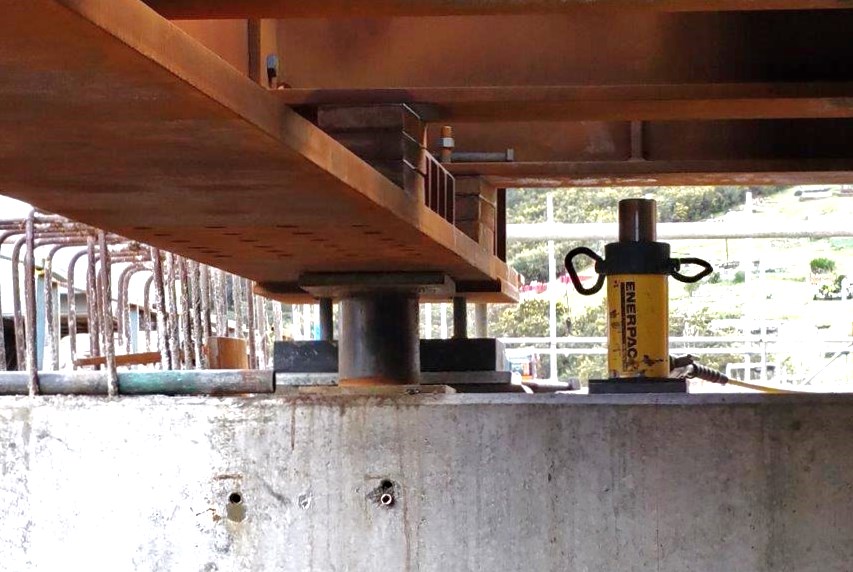 The new Taupiri Rail Bridge project involved four sections of steel bridge weighing at approximately 96 tonnes each, assembled across piers over the Mangawara River in the Waikato. The new bridge replaces the last timber rail bridge on the line between Tauranga and Auckland.

Each section was comprised of two 24m ‘I Beam’ girders connected by 20 sets of 5.5m cross beams, all bolted with 7/8” Dia bolts. As well as being located on studded bearing pads, each section was bolted to 8 pier corbels by 1.1/2” Dia bolts.

ONE TOOL BRAND WAS TRUSTED TO COMPLETE THE JOB

“Jonels have done a great job in supporting my crew and we really appreciate the level of effort and service Jonel has put in.” – Allister Scott, Site Superintendent

Once each section had been assembled, the final positioning and lowering of 450mm was achieved by the use a range of shims, jacking stools and girder stools in conjunction with four 50T RC Series single acting Enerpac jacks connected to a central control station and Hydraulic power pack.

After the first induction and training stage of a few hours, the time for each section to be positioned was reduced to less than one hour, whilst maintaining a infinite level of height and load control.